Tinesha and Hannah present this investigative report to shed some light on this dark, dark situation.

Recently, a male BYU-Idaho student uploaded the following image to the internet: 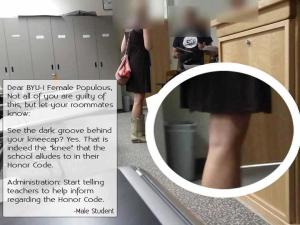 He is so right to point out that dark, erogenous groove. In fact, Tinesha and I are about to prove that this rampant immodesty problem is possibly even more devastating among the male population.

See Exhibit A: Location- BYU, Provo Utah, beside the Harold B. Lee Library building. (Isn’t this against the Honor Code??) 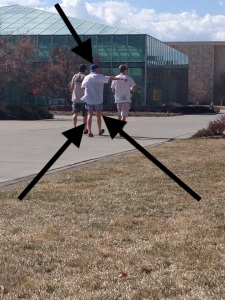 Tinesha explains: “By dressing this way, he obviously doesn’t realize that his body is temple. His body is more precious than the most exquisite temple on earth. Imagine a beautiful temple. It is pure and gleaming and white. Now, imagine there is paint smeared all over that temple. The beauty of the temple is lost. Dress represents what’s important to us, and this young man is an example of someone who doesn’t care what’s really important — his gleaming temple. He has chosen to smear his body with graffiti by wearing that outfit. “Know ye not that ye are the temple of God”?!?!?”

Church leaders have attempted many times before to stress to us the extreme importance of modesty: 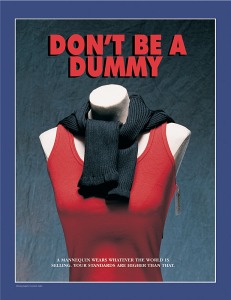 People who dress immodestly are stupid, end of story. 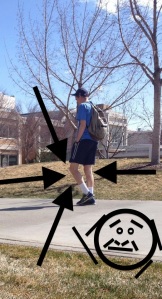 Tinesha reports: “After viewing this set of knees, I felt my virtue slipping away. My parents had always told me to “beware of the dark erotic groove on legs,” but how could I when these young men are willingly taking my virtue away? How can I keep my thoughts clean when they dress this way? It makes it really hard to be able to talk and have a conversation with a young man when they are dressed so immodestly because I am distracted by their immodesty (do you see the knees hanging out??)
This guy obviously does not understand what it means to be modest. He just got dressed that morning and didn’t even bother thinking that by dressing this way, he was making me — a virtuous young women who cannot control my thoughts or actions — feel uncomfortable.”

Let’s hear from a reader of the New Era:

An event some years ago changed my attitude toward modesty. As I got ready to go to a Mutual activity, I put on some short shorts; it never occurred to me that they were inappropriate. The activities planned for that Tuesday included having the missionaries give us some practical advice about missionary work. One of the last empty seats was next to me. For a brief moment the sister missionaries began to argue, as discreetly as they could, over who had to sit next to me. Though they never said so specifically, I understood they were uneasy because of the way I was dressed.

At that moment, notwithstanding my embarrassment, I began to understand what it meant to be modest. I realized that I was making virtuous young women feel uncomfortable—and that I could also be making unvirtuous women feel too comfortable (if you catch my drift). I began to better understand what type of person I wanted to be with and, more important, what type of person I wanted to be. From that moment on, I was not only prepared for the changes I was about to make, but I looked forward to making them. 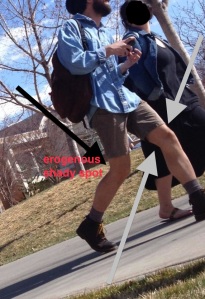 Hannah: “The second I saw this boy’s legs, I felt an absence of the Spirit. I was confused, but then I realized it’s because he clearly does not understand that his body is a temple. Why else would he show such blatant disrespect for it by wearing provocative clothing?? I want to marry a man who is modest ‘at all times, in all things, and in all places’- NOT just when it’s convenient for him. This boy is saying ‘I want to call attention to myself and show off my curvy kneecaps.’ His shorts are so immodest that he is essentially walking pornography in this photo.”

Another New Era reader had this to say:

One possibility for promoting modesty among young men is a panel discussion with the young women. This approach drew together the young people of our ward in serious consideration of this gospel principle.
Some of the laurels we invited to participate were less than enthusiastic at first because they did not want to offend the young men who would be their audience. To help set the young women at ease, we met beforehand to talk about what they could say about modesty and how to present their ideas properly.
We felt the Spirit during the panel discussion. The young men joined in the discussion and listened closely to what the young women had to say. One of the panel members told young men, “Could we start by not seeing any immodesty at Church meetings?” The young men responded very positively to the advice from their friends. 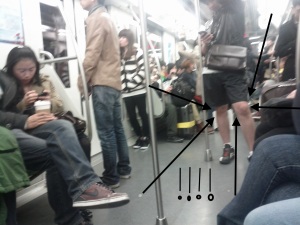 Our foreign correspondent reports: “I don’t know what’s the worst part of being in a Godless country – not being able to share the gospel with the people, or not being able to simply take the subway without being bombarded by offensive clothing.”

Aren’t you glad we have modesty lessons? Otherwise we’d find ourselves without any direction at times like in this Mormon Ad: 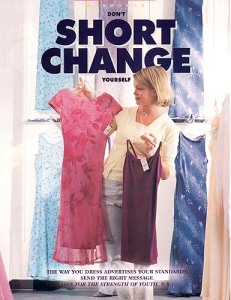 If she were to wear this dress, I’m pretty sure people would think she was advertising herself as a prostitute. 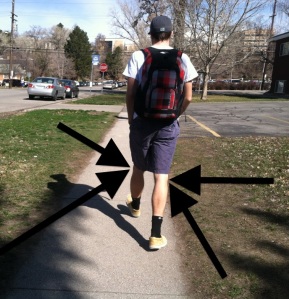 Hannah explains: “When I look at this boy, all I can think about is the message he is trying to send. He clearly is not trying to aim high- he is seeing how close to the line he can get. I don’t think I want to marry a boy like that. I want to marry someone who doesn’t try to toe the line. But clearly, he is sending a message that he doesn’t believe in playing it safe and just wearing modest clothing- he just wants to live on that dangerous edge. And also he just wants to be a whore.”

But this isn’t just a problem for BYU students- apparently, BYU officials are oblivious to this problem as well! Check out this photo from BYU’s official Facebook page: 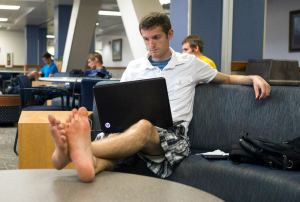 General Authorities have explained that, “Our clothing is more than just covering for our bodies; it reflects who we are and what we want to be, both here in mortality and in the eternities that will follow.” This is why we are allowed to judge people based on what they are wearing (it’s not racism, because it’s about clothes, not skin). We know this to be a true principle because it works. Just read these testimonials- I mean testimonies:

“I did not understand the concept of modesty before I was a member of the Church. Within a few months of my baptism, I learned that a piece of clothing would not make me more handsome—rather, true handsomeness comes from within. But wearing something immodest will destroy that handsomeness like a plucked flower or a licked cupcake, so I gotta watch out.”
-Leroy Samuelson, Moroni Utah

“Many do not realize that tight clothing draws attention to the anatomy, which distracts from the purpose of education, business, leadership, or worship. If I can see the curvature of your body, I will assume you are attempting to distract me with your bodacious temple.”
-ShayLynnae Richards, Mesa AZ

“Before I was a member, I was a total skank- sometimes, I wore shirts without sleeves. But now that I understand how holy my body is, I know not to put evil thoughts into other people’s heads. Thanks, Mormons!”
-Nephi Nibley, Rexburg Idaho

Dutiful readers have brought it to our attention that this problem has existed from the dawn of time, or at least since January 13th, 1970 when hard-hitting reporters from the Daily Universe published this: 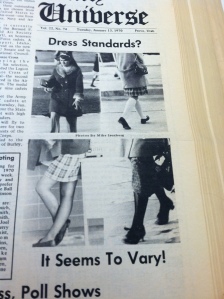 Please consider writing in to the Daily Universe and encourage them to return to these days of modesty policing and intense scrutiny of dress standards. The men really need it!!

135 Responses to “confronting the naked facts of male immodesty, one kneecap at a time”