It’s okay to recognize that everyone is a gamer, but it’s not okay to alienate half of your demographic by doing so. This ad was “clearly designed to entice the straight teen male demographic gaming companies have been pandering to for decades. The innuendo makes that clear, even if Sony subverts it. That’s alienating enough, since gaming has struggled so long for inclusivity. And even if the doctor merrily joins in on the fun (gaming, that is), it’s after the fact — she’s a sexy lady first and a gamer second, never fully eroding what the target always is.”

This is why we need more women in advertising.

Allegations against Bill Cosby continued this week, bringing the total number of women who claim Cosby sexually assaulted them to 17. The latest allegation comes from Renita Chaney Hill, Cosby’s co-star of four years, who worked with him during “Perfect Pages” in the 1980s. Hill was 15 at the time, and believes Cosby drugged her drinks when she visited his hotel room at night.

“One time, I remember just before I passed out, I remember him kissing and touching me and I remember the taste of his cigar on his breath, and I didn’t like it. I remember another time when I woke up in my bed the next day and he was leaving. He mentioned you should probably lose a little weight. I thought that odd, how would he know that?” Hill did say that she can’t know for sure if she was raped because she was unconscious. “It just felt weird to me, and I remember being in high school saying to him, ‘I’ll come see you, but I don’t want to drink because it makes me feel funny,'” Hill said. “And he would tell me that if I didn’t drink, I couldn’t come see him.”

Many of the women who have come forward have faced criticism for waiting for so long. But Hill is unapologetic, saying, “No one wants to be associated with something like this, but the bottom line for me is that no one has the right to violate someone else, no matter who they are. I don’t care how big they are or how the community sees them, it’s not right.”

Protesters continue to demand justice for Michael Brown as the grand jury nears its decision on whether to indict Darren Wilson. The grand jury did not reach a decision during its last meeting, fueling the speculation among protesters that authorities were purposefully delaying the announcement. The grand jury is set to meet again this week, but there is no guarantee that the meeting will end with a decision.

Mormons in the News

The following is a breakdown of a selection of stories from Mormon News Report. Be sure to check out more here.

Mitt Romney spoke at a BYU forum and with all of the Joseph Smith stuff floating around the Internet lately, Romney must have felt that he needed a piece of the action. Romney started off his speech with “It’s an honor to be here today and to address you. it seems like only a few years where I sat where you are sitting, Or actually the Wilkinson Center. Things were different then. The Beatles were the only boy band. Bell telephone was the only telephone company in the country. BYU cafeteria food was all they served at the Cougareat, and Emma was Joseph Smith’s only wife.” BYU has the speech on their BYUTv website and you can find the quote from the 8:35-8:50 minute mark.

The Gender Issues Survey has been snowballing on social media. Professor of psychology, instigator of the study, and fellow Mormon Michael Nielsen at Georgia Southern University said, “The study began because I read the news and because I’m interested in religion, that is what most of my research is in…In the world of religion, generally, the roles that women play has been a big issue—we see it in Catholicism and the Southern Baptist Convention, and now it is very prominent in Mormonism—and there is really not a whole lot of data regarding what people think about women’s roles in the LDS church.”

Regarding the non-random sampling nature of a snowball survey (like what is currently going around on Facebook), Nielsen said, “One of the challenges when you have a snowball sample is that if you tell your friends and they tell their friends, there tends to be a good bit of homogeneity among all those people. So, you might have a large number, but really it’s not a very useful number…If you do the snowball long enough there is some research that indicates that after that third or fourth or fifth wave, that snowball sample begins to show the same kinds of characteristics as the random sample.”

Responding to some of the criticisms about the wording of survey questions and answers, Nielsen says he doesn’t have a hidden agenda. “I really don’t have any nefarious aims in doing this survey; this is what I do for a living when I’m not busy just being an administrator. It’s fascinating to understand or to try to understand where people are coming from and how they think the way they do, and what kinds of processes might be behind that.”

Quote of the Week 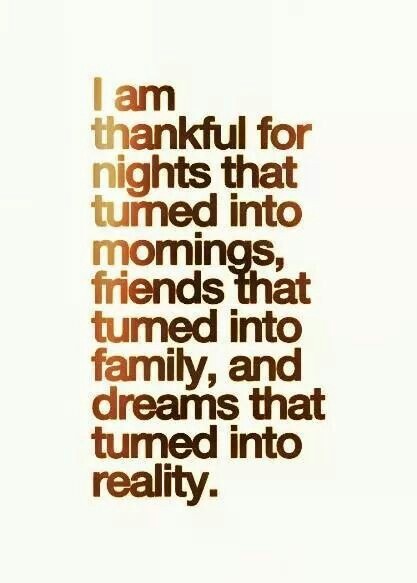 Lindsey loves listening to indie rock, watching movies, reading comics, traveling, and designing geeky graphics. She is an alumnus of BYU-Idaho and Bond University in Australia, where she received her master’s degree in communication. She currently lives in Rexburg, Idaho.

One Response to “ymf this week: november 14-november 24”