Hello! I am excited to be bringing a church history series to YMF.

History has always existed in separate planes for me. Church history, American history, and all the rest of the world history seemed as unconnected as Middle Earth, Hogwarts, and Avonlea. As I’ve started to learn more about church history I’ve discovered that it’s all pretty connected. History also stays in my mind better when I contextualize it. And frankly, history is boring to me until it is personal. Who can forget that Joseph Smith ran for president? Or that time Emmeline B. Wells and other women gave a black silk dress to Susan B. Anthony? Yeah, the Relief Society would get together with suffragettes.

I plan on covering all of this and more. I am not by any means a church history expert, but maybe by the end of this series we can all consider ourselves amateur experts. In “A Young Folk’s History of the Church” by Nephi Anderson, a book that used to serve as a Sunday School manual, he recommends that the teacher “be in possession of much more history” than just what is in the book to adequately portray the heroism of the church’s founders. I don’t fit the bill, but my intent is different to adequately portray the humanity of many of the people who contributed to the founding of the church.

If I get my facts wrong, please feel free to call me out in the comments. I don’t want to spread false information. I will make every effort to be accurate, and to list my sources. I may occasionally cite from “antagonistic” sources, but I promise to tell you when I do. 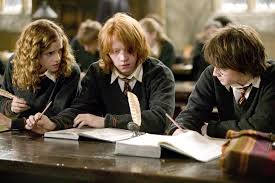 This first post I’m not going to dive into much juicy history yet, just kind of lay the ground work. Joseph’s family, in all directions, arrived in America before 1700. His Grandfather Mack served in the American Revolution, and his parents were born just before it. America in the 1700s had veterinarians serving as doctors, infant mortality rates so high that until babies turned two they were known as “it” or “little angel.” The common folk of America worked long days in the field and ate a lot of corn. When Industrial Revolution started to kick in family values began to shift. As the men migrated to the city to fill factory jobs, women were expected to pick up the slack at home. It fell to the mother to educate children and inculcate proper morals. Newspapers began to publish articles about the goodness and inherent morality of mothers (sound familiar?).

In the 1730s and 1740s the First Great Awakening influenced Protestantism in America by making Christianity more personal to the average believer. Believers sought their own personal spiritual experiences and higher moral ground. Debates were sparked about the importance of ritual versus emotional involvement. All of this laid the ground work for the Second Great Awakening, which began roughly in 1800. All during this time in America people were having visions, praying earnestly, and reclaiming Christianity. New denominations sprouted over night.

This is the world that Joseph Smith would be born into: a world with a changing value system, insistence on high morals, and full of Seekers of truth. A world where it wasn’t unusual for someone to go on a voyage and never return, for families to separated by oceans, continents, and lifetimes, and for mothers to bury as many children as made it to adulthood.

In the next post I will get more into the personal stories and details, starting with Lucy Mack Smith. I’ll be drawing from her personal history available through the Joseph Smith Papers. I can promise intrigue, tragedy, and romance.

4 Responses to “a young folks’ history of the church: announcing a new series”