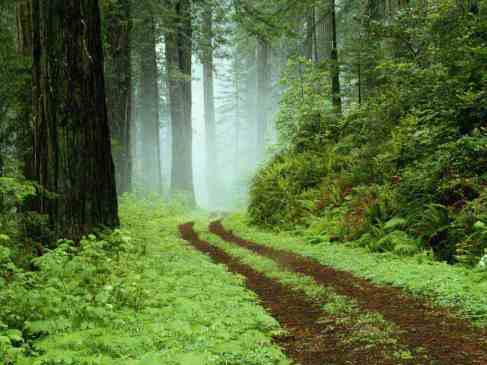 I hear these stories a lot: A sensitive white male takes a Gender Studies class.  He’s not a dudebro; he’s sympathetic to the plight of feminism and genuinely wants to learn. He expects the class should be receptive, even grateful, for his willingness to educate himself. So from day one he asks questions.   To his chagrin, he finds the professor and the rest of the class, mostly female, to be hostile to his contributions, and his arguments are often shut down.

As a result, he feels less welcome in class.  He walks away from this experience with a chip on his shoulder but perhaps with the maturity to understand that his experience is a taste of what minorities experience every day- to be viewed with skepticism then ultimately silenced.

Some will argue that we need more allies like the man in the story.   While it is true that the world would benefit from everyone taking these first few steps, what we really need requires more maturity and growth.  What we need, fellow allies, is for you to understand it’s not about you.

Being an ally is journey without a destination

Being an ally is a daily affirmation.  It’s not a label you achieve and then use in self-defense when facing criticism.  Black Girl Dangerous outlines this in her article, “No more ‘Allies’.”   It requires a continuous evolution and a journey where you are dedicated to a cause and people, not self-aggrandizement.  How might this journey look?

With your first tepid steps into social awareness, you adopt new political identities and stopped using some slang you now recognize to be slurs. Your empathy and awareness are growing.  These steps are relatively easy for you because they don’t seriously challenge you to look at your privilege in the face.  You are soon disillusioned when you enter the spaces of minorities and have your privilege yanked from you when you are asked to sit down and shut up.

At this point, you are faced with a choice.  You can give up because it’s hard, or you can grow up and realize it was never about you.

Why shouldn’t I be heard?

The reason we ask you to sit down is that the experience of your oppression and privilege are invisible to you.  You don’t realize that your voice is drowning out the voice of the oppressed because you’ve been taught your entire life that your opinion should always be heard and that’s how things should be.  What you don’t realize is that this experience is a privilege not granted to everyone.

I will use women as the example here.  Growing up, you don’t hear about yourself in the history books as a great achiever, a painter, a conqueror.  You hear about men writing symphonies, and you’re thrown a bone about being a muse that inspired one.  Your validity is only granted through appeasing someone else, someone male.  You are a help-meet; you are a listener. You are the one who serves and sacrifices.  You are trained to take up less space. You see that women have been abused, used, assaulted, and killed for failing to live up to these expectations. When you talk, your words aren’t words. They are nagging, gabbing, chatter, and gossip. Men talk over you, and in the same breath declare that women talk too much.

The problem with men in women’s spaces is they don’t see that women have been taught to be quiet, so they think deference and respect for their words is just a natural right.  It becomes exhausting to tell them again and again.  We know it’s not our imagination. There are studies that support this reality: when a woman is in a group of males she will speak less, women are interrupted more than men, and men tend to think women get more space in the media and the classroom than men, when females actually receive far less than half.  The moment we come close to equality, the world rushes in to say we are taking the power and robbing men of their dignity.

So when you come into our space, we tell you to be quiet and to listen.  This is what I hear in Brent’s piece in Doves and Serpents “Why Progressive Mormon Men are the Problem,” to quote, “You think that advocating for women is somehow noble, or brave, or righteous, when what the situation demands is your absence (not your advocacy). You think that the solution is to do a better job of being fair, of listening. In short, you think the solution is to do a better job of taking care of women. You don’t see that your solution is actually the problem.”   As my friend rather bluntly puts it, “Allies, whether you are straight, male, cis, able-bodied, rich, whatever, your job is to sit down and shut up and wait to be called on. The end.”

So what should I do?

Listen more and talk less. Use your privilege when it’s hard, not when it’s easy and doing so will get you credit and visibility.  Your journey as an ally will become more hard work and less rewarding.  It will become more about taking criticism from your colleagues because you won’t tolerate hateful language or sexist jokes.  Learn to stand up on your own and open up the spaces of privilege you occupy so other people can walk as freely as you do. Do it with the knowledge that you may now have to share your space to make room for others.

This will become all right with you; this is what is fair.  The understanding that order is being restored and that a fellow human being is getting the dignity they deserve is enough.  This movement didn’t start with you, and it won’t end with you.  All of humanity benefits for every ounce of fairness that is added to the scales of justice.

And that’s what you wanted all along, right?

6 Responses to “being an ally, or: how to grow up”