I recently read Adam Miller’s new book, Letters to a Young Mormon, published by the Maxwell Institute at BYU. Here is my review of it. I definitely encourage anyone interested to purchase a copy and read it ASAP. 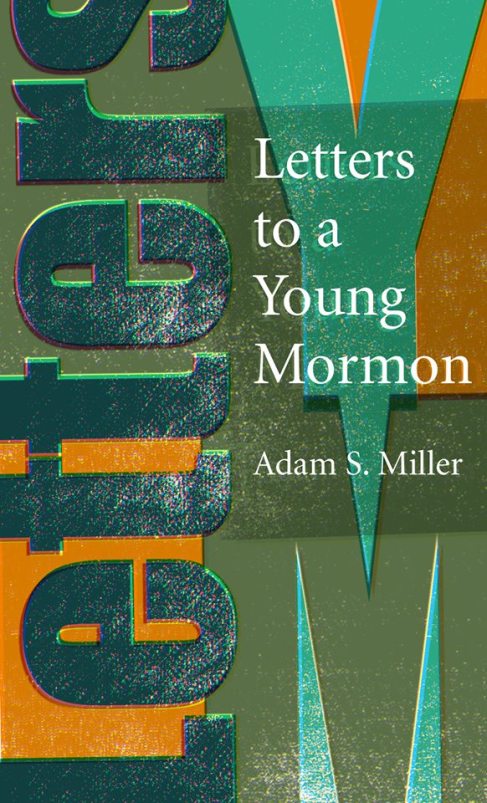 Letters to a Young Mormon is an engaging collection of essays already precious to me for its candor and open invitation to actively grapple with deeper understandings of Mormonism. Much of its charm derives from the carefully crafted way Adam Miller reinterprets and articulates fundamental LDS teachings in these friendly and trusting essays for “a young Mormon who is familiar with Mormon life but green in their faith.” He has somehow produced a book both chock full of thought-provoking quotes just waiting to be painted on kitschy wall boards in Mormon homes around the world but also full of expertly woven themes that illuminate complex and often esoteric topics in the Utah-based faith.

It’s really the subtle things in this work that endear Miller’s letters to my Mormon heart, like the way he says simply at the end of the chapter on prayer, “Don’t forget to pray.” To any other reader this might seem like nothing but a blunt directive, but to a Mormon those words ring with the slow, melodic ending of the hymn “Did You Think To Pray?” With or without meaning to, Miller’s choice of words throughout these essays will resonate with Mormons young and old who speak his language and feel his connection to the Mormon people. His inspiring ability to strike a middle ground at the intersections of traditional belief, historical quandaries, perceptions of sin and God, and intellectual approaches to religion all combine to form a compelling labyrinth of imagining new possibilities for living a Mormon life. Indeed, though the book focuses on the contradictions and rewarding sacrifices of living a Mormon life and contains rhythms familiar to Mormons, it remains structured in a way that members of any or no faith traditions could find spiritual edification in its pages.

I would whole-heartedly give this book to my heterosexual son to chew on, and I believe its food for thought would go far to sustain him. To give to my daughter, or to a child discovering the complexity of anyone’s sexual orientation, I would love to supplement this book with potential future works by Miller on gender and sexuality in Mormonism. Miller did an excellent job of maintaining relevance without sacrificing simplicity, but his consistent references to God as male and avoidance of actively addressing sexual orientation with more than a brief reference will likely leave many readers with unaddressed core questions about fundamentally understanding their place in the LDS Church. In the meantime, his book provides a basic framework that can bring comfort and intellectual and spiritual stimulation to all who delve into its beautiful essays.

Letters to a Young Mormon is wonderfully compact yet powerful- qualities that will allow the work to be filled in and reinterpreted again and again by Mormon youth (both in age and at heart) as they grow. I look forward to delivering a copy to my bishop and family members as we explore the stunning wilderness of Mormonism together.

One Response to “book review: letters to a young mormon, by adam miller”