Dani is a 22-year-old Utah County resident who was born and raised in the LDS faith. She is a Literature and Gender Studies major who has a passion for literary theory and non-traditional philosophy. When she’s not busy sticking it to the patriarchy, she dreams about living in an anarcho-communist world. But, she’d settle for Vancouver, Canada.

I sort of found my home in non-traditional philosophy. Judith Butler. Gayatri Chakravorty Spivak. Jacques Derrida. Michel Foucault. I think I have read Discipline and Punish: The Birth of the Prison at least six times in the past five years. I took a theory-intensive gender studies course a few months ago, and the reading list was like a pillowcase full of candy. I gorged myself until my head was spinning and my stomach hurt.

I invest a lot of time engaging with the rest of the world from these theoretical starting points. This annoys people. At some point, most people abandon theory for pragmatism. But theory is where I feel comfortable. I find it difficult to let go of my Foucault and say, “Okay. Be a unique snowflake.” Non-traditional philosophy has forever tainted the way in which I view the world.

And I’ve been accused on more than one occasion of being paranoid, because of this. Every sentence has implications. Every action is a text to be analyzed. Every person is a product of an incredibly sophisticated power structure. 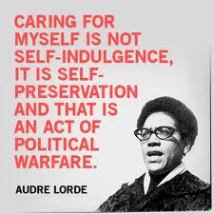 I believe this wholeheartedly, and jump at any chance to engage in deconstructing a gesture, a phrase, an expression. There is no such thing as an “innocent” occurrence. Nothing is free from implications, or not informed by a larger body of ideas. Everything we say and do and are means something and affects something else and is a reinforcement or attack against the prevailing power structure.

Eventually, you have to let go of theory and live in the real world. 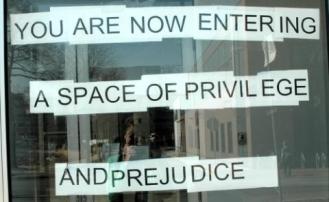 Thanks for the head’s up. I’ll put my feminist goggles on.

Except, theory is a description of the “real” world. Theory says, “This is what is happening.” And that is why I feel at home amongst the non-traditional philosophy. For all its fancy words and seemingly-abstract concepts, theory is talking about real people. Real lives. Real implications.

Feminism is one such field of theoretical inquiry that describes real people and real implications. And after spending enough time immersed in the writings of Butler and Wittig and hooks and other feminists, you see the patriarchy everywhere you look. But even when you don your tin foil hat, know this: you are not crazy. You see the patriarchy everywhere precisely because it is everywhere. Misogyny doesn’t decide that it isn’t really interested in pervading the autobiographies of powerful women, so it’s going to leave that alone. Sexism doesn’t avoid creeping up in humor when it isn’t meant to be taken seriously. Rape culture doesn’t say, “You know what? I’m not responsible for the objectification of that particular person.” Patriarchal ideology is entrenched in the simplest aspects of our lives.

And, like any fortress, any crack in the wall is worth working at. Any brick is worth chiseling away. Yes, there are cornerstones and foundational pieces that are more likely to bring a wall tumbling down than others, when you swing your hammer at them. But feminism is not interested in merely hacking away at some pieces of patriarchy but not others.

So, go ahead. Don your tin foil hat. Let people call you paranoid. But keep engaging in the good work of feminism. Keep chipping away at patriarchy, piece by piece.

It does matter. It does make a difference.