i’m having a difficult time discerning right from wrong. i am trying to remember wwjd. but it seems to me that “what would jesus do?” is the wrong question in these circumstances. when i am trying to figure out what decision is the most christlike, i like to think, “where would jesus be?” wwjb. this has been especially pertinent over the past few days, since the excommunication of sister kate kelly. additionally, same-sex marriage has been ruled legal in utah and the church has spoken out against it. i don’t recognize the church i once loved so much. and so i keep asking myself, “where would jesus be?” i have concluded that the answer would be, “not with the brethren.”

i don’t mean the brethren as in every male-identified member of the lds faith. indeed, i only mean the brethren as in the leaders of the church. the first presidency. the twelve. the quorums of the seventy. i don’t think that jesus would be with these people. instead, i think that jesus would be mourning with kate, and assuring her that whatever her leaders say, her covenants are between her and god and they are safe. i think he’d tell her that her efforts are not in vain, and confirm that the gender disparities within the church can, and need to, change. i think that jesus would be with the many families whose lives are in less of a limbo, now that their marriages are legally recognized. i think he’d embrace each family with open arms, and rest easy with the knowledge that people have cultivated love in their hearts. i think he’d stay far away from city creek and instead join the protesters in detroit who have been petitioning for the city utility to turn people’s water back on. one cannot live on bread alone. one needs water, too.

i think jesus would be wherever his work is being carried out: wherever people are fighting injustice. is that not what jesus would do? because if not, then i don’t want to be where jesus would be.

and i’m at peace with that. 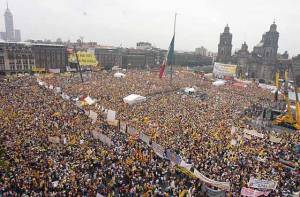