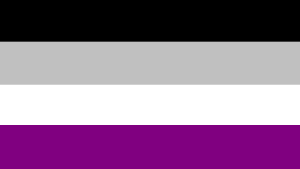 Growing up in the church female we were always told we needed to be the good girls. We needed to be the guardians of virtue. We needed to dress modestly to stop boys’ minds from wandering. We were praised for our purity and told to save ourselves for our future husbands. In Young Women’s we were taught that the boys were the ones that wanted and thought about sex; that it was our job to not let them go too far, as if they were the only ones whose minds could become clouded with passion and lust. As a teenager I never had any reason not to believe this; it matched my experience completely and I took it to heart.

There were numerous rules and guidelines in place to help us on our way. Dating before the age of 16 was strictly forbidden, and even after that we were discouraged from pairing off and encouraged to go on group dates. Necking and petting, though no one really knew what those were, were particularly warned against, but even things like kissing, being alone together, or being in a horizontal position while with the opposite sex were discouraged.

As a self-described good girl, I ate it all up. I took the no dating until age 16 rule to heart, and in fact took it to extremes. I used it as an excuse to go overboard and have no flirting before age 16, no hanging out before age 16, no giving boys the time of day before age 16. While other kids in my largely Mormon junior high school would play hard and fast with the rule and would pair off and hold hands while avoiding actual “dates”, I would have no part in it. When the teenage girls would get together and talk about their crushes, I would often be the only one not to contribute. In fact, there was a period during junior high where I pretty much shunned and ignored all boys (though admittedly part of that may have been a defense mechanism against the handful of boys who thought it was funny to pick on the nerdy girl). Even after I turned 16, I only went on one date in high school, as a favor for a platonic friend that needed a date for his Priest’s Quorum date activity on short notice.

I remember judging the other girls so hard; thinking I was superior to them for following the rules better than they did. Why didn’t they have more self-control like I did? Why were they so boy-crazy? I remember in particular giving speeches to several girls going through break-ups or lamenting their lack of boyfriend that they didn’t need a boy anyway; I got along just fine without one, after all. In short, I was the model Young Woman that my leaders pointed to as an example to the other girls, and was quite smug about it.

After high school, things began to change. No longer were we discouraged from pairing off; in fact it was suddenly the opposite. I remember attending a CES fireside several months into my freshman year of college that specifically addressed this, saying that young women should discourage their male friends from hanging out, telling us to lock the door on them and hang a sign saying “will open for individual dates”. I had always been so good at following all the rules, but this was new to me and I wasn’t very comfortable with it. Over the next couple of years, I went on a few dates, but for the most part, I just went about my life and ignored dating. It was easier that way.

Cut to age 21 and many of my friends were getting married. My parents had married each other when they were 21 and I was coming to realize that I had always subconsciously assumed I would marry at that age too. I began to feel like a failure, and rather than view the opposite sex with casual indifference as I had before I began to analyze each one. I would mentally gauge whether they would be good marriage material and weakly try to figure out how to attract the ones that seemed vaguely promising (this part did not work very well; to this day I have only been on 3 traditional boy-asks-girl dates, if you include the one in high school). A roommate recommended flirting more but flirting made me highly uncomfortable and made me feel like I was pretending to be someone I’m not. I created an OkCupid account and sent messages to everyone in my city who had a match percentage in the 80s or 90s, most of which never responded back. The problem was that once I got to know more about each “candidate” I would quickly lose interest, and often for extremely stupid reasons; one in particular I decided I no longer liked when I found out he didn’t know what an emu was. Even for those who I did go on dates with I would carefully avoid sitting too close to them, avoid holding their hand or hugging them or any sort of physical contact, really. I had not done this on purpose; it had all been subconscious. Still, the thought of doing anything intimate with them had, and continues to, repulse me.

As I grew more and more desperate, I began to wonder if there was something wrong with me. At first I thought it was just that no one was interested in me, but once I was able to do some real introspection and be truly honest with myself, I realized it wasn’t that they weren’t interested in me but that I wasn’t interested in them. I began to see my desperation for what it was, realizing that I didn’t enjoy this search at all but was simply searching out of a sense of obligation. At the same time realized I was going about this in a coldly logical and analytical way; I had never felt any physical attraction for any of these boys. I had never put much stock in love at first sight or in unspoken attraction, and had scoffed at those who were “shallow” and obsessed over looks, but began to realize that maybe they had a point. Maybe there did have to be a physical attraction of some sort. Again I threw myself into the ring, this time trying to figure out if I was physically attracted to anyone, and again I was disappointed; no one seemed to stick out.

By this time I was 22, nearly 23. I had recently become acquainted with the Feminist Mormon Housewives blog, and they happened to be doing a series about mixed-orientation marriages at the time. One in particular was about a woman who after getting married had realized she was a lesbian, and her experiences really gave me some food for though. Maybe that was why I was having no luck in the romance department; perhaps I was a lesbian? I very cautiously began to examine the women around me the way I had done the men, wondering if any of them would spark physical attraction. Before too long though, I realized that there was nothing there, and this brought me both relief and disappointment. Relief, because I know how terribly the church treats those who are gay or lesbian. Finding out that I was one would have turned my life upside down. And yet…the thought of having one person who truly understood me, who I could spend the rest of my life with, is such an appealing thought. I had already ruled out the possibility of finding a man who could be that for me; now women were closed to me as well. So then where did that leave me?

I had heard several years prior of a term called asexual, and at this point the term came to the forefront of my mind. I spent a lot of time researching asexuality on the internet, finally coming to the undeniable conclusion that that was what I had to be. In the 2 years since then I have become more comfortable with the term, going from calling myself asexual privately to telling quite a few people on- and offline. I’ve had to re-examine my life and my long-term goals – the expectation I grew up with that I would marry in the temple and have children had to go, for one. The dream I had of buying a house with another person had to go, too; I’d still like to buy a house but it’ll likely be solo (while there are some asexual people who do experience romantic attraction and even get married, I am a type called aromantic, which means that I do not fall in romantic love either). And while I am still an active member of the church (it is a lot easier to stay in good standing as an asexual than it is for the majority of the LGBTQIA umbrella), the fact remains that in our church’s doctrine marriage is extremely important. Important even to the point that there is the constant “reassurance” that if I don’t get married in this life there will be a chance in the next life (reassurance in scare quotes because that sounds the opposite of reassuring to me; at this point in my acceptance of myself, I have become comfortable with the fact that I will never marry or have a significant other and the thought of one being forced on me sounds quite miserable). But I am glad to finally know what I am and happier and more comfortable with myself than I have ever been. I also shudder at how judgemental I was as a teenager – it’s no wonder the other girls struggled so much more than I with chastity issues!

P.S. It was pointed out to me that the majority of readers probably know little or nothing about asexuality so if you are interested in learning more I would recommend checking out AVEN. I am also admin of a small facebook group called Asexual Mormons that you are welcome to join.