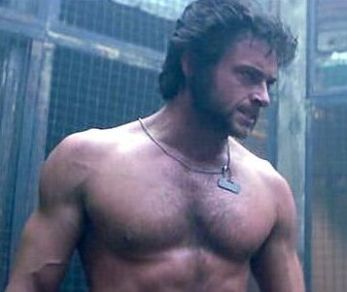 In relief society this past Sunday we had a lesson on the law of chastity.  But what the title should have been was “shut off your computers, lecture your children, and nag your husbands because you will all fall to evil influences if you even hear the word sex or see Hugh Jackman with his shirt off.”

How many times can we talk about the law of chastity without even talking about sex?

In my class, we talked about not having sex before marriage and pornography.  I personally don’t associate either of these ideas with my sex life.  For all the times I’ve been in discussions about them, I find out nothing new or interesting.

When it comes to sex before marriage all I ever have heard was “don’t do it.”  Nothing about healing from rape or abuse and nothing informative in the event you do actually have sex.  Essentially, no one is saying anything useful or practical.  There is so much shaming and very little comfort in these discussions.

Even when we talk about sex on a more ideological level, the description of sex is sacred.  You are potentially creating something (you know, or not since the development of birth control). But how does that translate to reality?  In my experience, sacred is not one of the first descriptive words I would use.

And then there’s pornography

That was always the thing they talked about with the young men, the young women would never violate themselves that way, right?  I was never once approached about whether or not I had viewed pornography.  I read a lot and would come across passages where the characters were having sex.  It did occur to me that this might be classified as pornographic (especially if some people consider seeing Hugh Jackman without his shirt on as being pornographic) but I certainly never asked.

3 ideas to improve the way we teach the law of chastity:

3 Responses to “why can’t we talk about sex?”