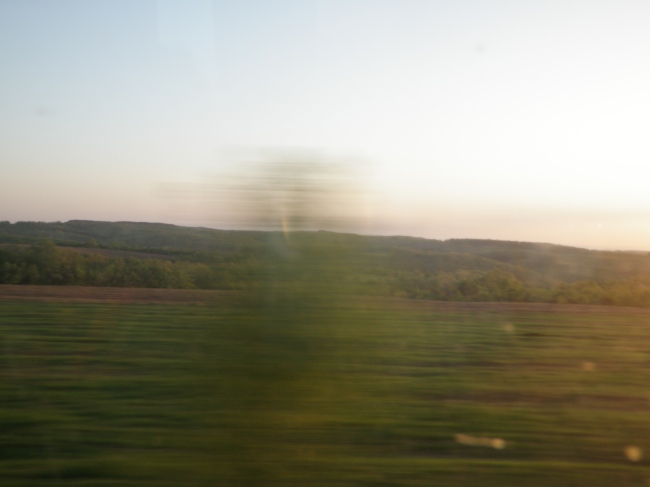 A few nights ago, I did something dangerous. I wanted to show my little sister a picture of someone from my mission who could manipulate her face into a truly amazing set of double chins, and so I boldly clicked on the folder containing pictures from my LDS mission, which ended about two years ago.  I usually avoid opening this folder, because of the nostalgia, anger, sadness, and general emotional intensity it prompts, intensity which interferes with my ability to “function” or “get stuff done.” (But it was worth it, because those double-chin pictures are amazing.) As we clicked through, laughing, I dangerously ventured forward onto other pictures: of baptisms, people I loved, people I hated, myself, my companions. My laughter got quiet and my sister, who just started her own mission papers, put her hand on mine as tears welled up in my eyes. “I knew this was a bad idea,” I whispered to her, closing the folder. She hugged me. And for that one instant, I felt like someone understood a little of what I’d felt since I’d returned from my mission. And that is a rare feeling.

Missions, like any kind of journey, are kind of the worst. I loved mine, no doubt, but I would never, ever recommend a mission to anyone who doesn’t find the idea personally intriguing – not everyone is meant to go, and that’s a fact. But most people know someone who’s been on a mission, and everyone knows someone who’s had a mission-like experience; one in which they travelled, literally or figuratively, outside of themselves, let something go, or tried to journey to the more tender, kind, informed, version of themselves. This could happen on a study abroad, a trip to a homeless shelter, in a new friendship or relationship, beginning therapy, or in a myriad of other “mission” journeys.

And all of those experiences are hard. Exposing yourself to change and searching for a better version of yourself is not easy. And that’s why I’m writing this. I don’t want my little sister, or anyone else who goes on any “mission” of any kind, to feel like their feelings of isolation, fear, or confusion are unusual, or something to be ashamed of. Let me also say that I know people for whom their missions were an intensely painful and traumatizing experience, who left the Church during their mission, who left their missions early, who wanted to go but never could, who discovered their own eating disorder or mental illness on their missions. These principles apply to them as much as to anyone else. We could all stand to be more gentle and considerate of each other and our personal transitions and journeys of the self, and these are a few ideas that apply specifically and broadly to that idea.  My advice will be focused on my own experiences as an LDS missionary, since that transition is the closest and most vivid example I have, but I hope these ideas are identifiable and applicable to a myriad of other spiritual and emotional pilgrims. (So when I write about “going on a mission,” feel free to fill in whatever phrase fits the emotional, physical, or philosophical journey you or your friend might be struggling with.)

1)   Don’t make assumptions about the spirituality or political orientation of someone who chooses go to on a mission.

Just as we get into dangerous territory making assumptions about people and their spirituality based on their perceived “unrighteousness,” it is also unfair to make broad assumptions about someone’s perceived “righteousness” or particular choices. When I was putting in my mission papers, many of my friends, professors, and family members, most of whom were, like me, self-identified liberals or progressives, greeted my news with disappointment, shock, or disgust. Many considered my going on a mission a betrayal to my feminism, or my LGBTQ allyship. Some assumed that because I went on a mission, I had no doubts about the Church, or that I was blindly following a doctrinal dogma. This is almost laughably untrue. I would guess that 99% of the missionaries I met, including me, were going through some kind of “faith crisis” throughout their mission, but either didn’t know it or had no word for it. In fact, my rule of thumb became this: the more douche-y and self-assured a missionary seemed, the more intense and painful their ongoing faith crisis. So don’t assume that your missionary friend feels or thinks a certain way. There might be a popular story that gets told that all LDS missionaries have their spiritual ducks in a spiritual row, but this is inherently false.

I would guess that, as with most intense journeys, missions prompt intense anxiety, depression, trauma, fear or desperation in most people who attempt them, for at least some period of time. My mission was wonderful, but I also carry a lot of trauma and pain from the experience, which I’ll continue to unpack for the rest of my life. I witnessed and was privy to a huge amount of emotional and physical abuse, as well as the domestic abuse and mental illness of many people I met. It’s hard to sum up an answer to, “So, how was your mission?” when the looming scars of such painful experiences mix so strangely with such sweet and beautiful ones. When your missionary (or journeying) friend appears changed by their experience, maybe lashing out with anger or cruelty, or behaving distantly or acting aloof, it’s a good idea to assume it’s because of their own difficulty in dealing with their complicated and painful emotions, not because of any dislike or negative feelings toward you or your questions. Similarly, I’ve known several recently-returned journeyers who engaged in some of the worst or most destructive behavior of their lives immediately in the period following their return, although that might seem counterintuitive. This is fairly normal, from what I can tell. The adjustment can be alienating, painful, and distressing, and yes, can prompt destructive or unacceptable behavior as a coping mechanism. So, if you’re in doubt, try to be kind and assume the best about your friend, while not allowing them to do any kind of damage to themselves or others.

We’ve probably all had a friend who’s experienced the death of a loved one, a profound loss, or an intense period of grief. In those periods of time, the self-defeating and ironic reality is this: it’s hard to know how to be someone’s friend, how to treat them or even just be with them, when they’re experiencing a pain you don’t understand. I recommend simply asking a few questions, and trying to be a good, reflective listener. This is a good rule that applies to recently-returned missionaries, as well. For anyone who’s recently gone on a journey, or made a big adjustment in their lives, the most difficult part may be dealing with how those you love have changed, or how you yourself have changed. When I got home from my mission, many of my friends had graduated from college or were in the next phase of their professional lives, while I still had an awkward year to go. Many of my friends had been in the process of distancing themselves from the Church, and by the time I got home, several of them had permanently left or were experiencing a period of antagonism toward the LDS Church as an institution, which made discussing our experiences of the past two years somewhat tense, though not unrewarding. Many of my friends had become active and linked together in new conversations about religion and various churches, whose sometimes-toxic arguments and attacking nature made me feel anxious and unhappy, though I felt I should participate, and felt guilty for not doing so (wasn’t I the one who should be reaching out? What was wrong with me? Etc.). All of this, combined with a painful break-up, was overwhelming. I loved my friends, and I loved who they were, but I couldn’t help feeling alienated, lonely, and disliked, even looked down upon for the experience I had just had, though I knew it was irrational. To cope, I withdrew myself from most of my social circles, deleted myself from Facebook for a few months, moved in with strangers, and generally isolated myself in a self-protective cone of Netflix, schoolwork, and books. Although I know that my alienation was self-inflicted, and that nobody probably actively wanted me gone, I sensed, slowly, that my friends didn’t know how to be my friend following the experience I’d had – and that this was, and is, entirely normal and understandable. But I was bursting with my huge, complicated experience, but had almost no outlet to share it (except my parents, a few close friends, and my therapist). I realize that this is no tragedy, that I have special resources and privileges that others experiencing a painful adjustment do not have. But I don’t wish my experience on anybody, and that’s why, for anyone trying to be a friend to someone going through a painful adjustment, I recommend asking simple, positive questions, and learning to reflectively and selflessly listen. If you have a friend who’s in the middle of a faith transition, a period of depression, embarking on a new relationship, or starting any new phase in their lives, the best thing you can do for them is to let them talk, and to help them feel loved.

Spencer W. Kimball once gave a talk to a group of missionaries, now widely shared by nervous mission presidents all over the world, entitled “Lock Your Heart.” The basic premise is that a mission is no time to fall in love, and that missionaries must take all cautionary measures possible to avoid inappropriate romantic relationships during that eighteen-month to two-year period. But the “locking your heart” analogy never worked for me, and I think it’s inherently dumb. “Why?” one of my companions asked me patiently as I went on another rant against the talk, a few months before coming home. I thought for a minute.

Why? Because to be a missionary, you can’t lock your heart. Would Christ have locked his heart? It’s fundamentally impossible to love freely, listen to God thoughtfully, if you have a closed heart. Being a missionary is painful and exhausting, in part because you have to keep your heart painfully, vulnerably open, at all times. When I clicked through my mission pictures with my sister, I noted this in the way my face and body changed throughout the time that passed, as I became more tired, paler, more wan, visibly emotionally exhausted. The strain of being emotionally vulnerable, all the time, is intense. Being a missionary, for me, felt like stripping open the most sensitive, tender parts of my heart, only to have them thrown back in my face, for 18 hours a day. But. The days when my open, hopeful heart managed to help someone else, to comfort someone or inspire someone or let someone feel loved, made up for it. Sometimes the only comfort was knowing that I was capable of being opening myself to other people and to new and unexplored parts of myself, to change and reconsideration. And that, for you, or for anyone you know, should be enough to celebrate.

We will all, at one time or another, go on “missions,” journeys of the soul, difficult, exhausting journeys that bring us closer to Divinity, to justice, to mercy, and to ourselves. It is my deepest hope and prayer to learn to treat my fellow sisters and brothers in a way that reflects this. I survived my transition from my journey because of some amazing family and friends who were gentle to me when I didn’t know how to be gentle to myself. I hope I can make it up to them by doing the same for someone else.

5 Responses to “how to treat your friend on a journey”