Guest post by Ian H. Young Mormon Feminists seeks to publish writings that include a diverse range of views and experiences; people with all backgrounds and opinions are encouraged to submit articles by emailing us at youngmormonfeminists@gmail.com. Response pieces are encouraged if readers are so inclined.

Undocumented workers are all but voiceless in America. Undocumented women especially. Here’s why feminists should care a lot about immigration reform.

Miraculously, the US Senate passed a comprehensive immigration bill Thursday that would create a path to citizenship for the 11 million undocumented workers currently living in the United States. Thoroughly unimpressed, Rep. John Boehner, Republican Speaker of the House and mascot for the Syracuse University Orangemen, has stated that he would rather give his tanning bed away than let the Senate bill go to a vote in the House (I’m paraphrasing). 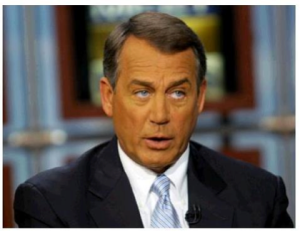 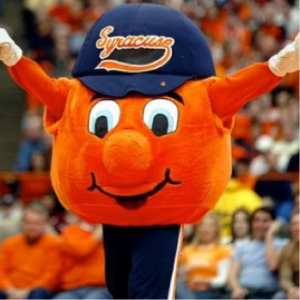 Conservatives in the House refuse to consider the bill for two reasons: (1) the path to citizenship is “amnesty,” a violation of the Rule of Law, and (2) the bill isn’t tough enough on border security. Don’t be fooled: conservatives are again representing corporate interests. American corporations have clear incentives to (1) make the border as difficult to pass as possible, and(2) block undocumented immigrants in the US from citizenship.

While I think it is crucial to understand how corporations benefit from increasing border security, the second point is the most directly relevant to the plight of female undocumented workers.

So, let’s look at the path to citizenship problem and why undocumented women need us to act.

NAFTA has devastated Mexico’s working class and is mostly responsible for the huge wave of illegal immigration in recent years. Free trade opened the Mexican market to US products, driving thousands of home-grown businesses into the ground and sending millions scrambling to find work. And, in at least 11 million cases, economic desperation has driven people to cross the border.

These NAFTA refugees meet exploitative conditions here, but the worst of it falls on women. While just less than half of the undocumented population is comprised of women, women work 55 percent of the jobs paying less than the federal minimum wage, a statistically significant difference. Undocumented Hispanic women are more likely to take bad jobs for low pay and no benefits or days off. The problems, though, don’t stop there.

Hispanic women are more vulnerable to emotional and physical abuse at work. For example, Hispanic women in agribusiness experience higher-than-average frequencies of sexual harassment and abuse. Hispanic women make up 46 percent of the domestic (housekeeping) workforce and nearly the entire domestic workforce of several major cities. A recent study found that 1 of 3 NYC domestic workers had experienced some form of physical or verbal abuse while at work. Because of the threat of deportation, few women will seek legal redress. Moreover, these women cannot simply leave and seek better employment; their undocumented status makes them ineligible for most jobs, a language barrier often damages their employability, and even if there were other jobs available, their subsistence-level wages offer no financial cushion that could facilitate a job-searching/transition period. For all intensive purposes, these women are stuck, vulnerable, trapped on all sides.

Further, undocumented Hispanic women face heightened risk of abuse in the home as well. A misogynistic element is deeply embedded in much of Hispanic culture; this somewhat widespread machismo often means domestic abuse. The undocumented woman is again less likely to seek legal protection or even call the police because of the fear of deportation.

The solution to much of this can be summed up in one policy change: provide a path to citizenship for undocumented workers. This action would allot this vulnerable group workplace protection, wages and benefits according to federal and state laws, and access to food and housing assistance, and would remove the threat of deportation that keeps so many women from seeking legal assistance in abusive situations. Remember: it was our free trade agreement that destroyed their economy. Justice requires that we do something akin to rectifying that.

This is an example of a gender disparity explicitly and directly attributable to a specific set of policies. Let’s change it.