I’ve designed this post to introduce a perspective about feminism that I haven’t seen yet in many discussions. It feels impossible to perfectly summarize the material that led me to this opinion, so what follows is not a precise picture or airtight logic, but something more impressionistic. I will probably need to elaborate some things and defend some generalizations later, but I think this essay presents a rough cut of the general idea.

The problem I identify here only really emerges through a nontraditional reading of economic history, so a lot of this post is related to that. And since I’m about to criticize the modern economy I want to assure readers of a few things out front:

But with that said…

The simple and usually honorable principles of capitalism that guided America’s pre-modern economy were dangerously amplified in the industrial revolution and now tear through our culture, justified because they serve corporate interests. The virtue of corporate greed and obligation to shareholders seems to be sacrosanct.

Our society now finds itself under the yoke of an extractive economy that mines any person, place, and thing within its reach for resources that will increase short-term profits.

A lot of good people serve this extractive economy—my family, friends and in many ways, myself. It’s the economy we inherited and we need to survive. But the system has a mind and interests of its own—an invisible hand, if you will—and we do well to ask whose interests it really serves.

I’m going to make a dramatic analogy here and quote a description of the World War I found in Richard Rhodes’ The Making of the Atomic Bomb, because I believe the combatants faced a similar situation, related to war instead of economics.

Once the trenches were in place, the long grave already dug (John Morsefield’s bitterly ironic phrase), then the war stalemated and death-making overwhelmed any rational response.

“This war machine,” concludes Elliot, “rooted in law, organization, production, movement, science, technical ingenuity, with its product of 6000 deaths a day over a period of 1500 days, was the permanent and realistic actor, impervious to fantasy, only slightly altered by human variation.

An extractive economy eats relationships for breakfast, whether between people and the environment, parents who have to put in 80-hour weeks and their children (I’m thinking of my own dad here), or a married couple.

This system itself stacks the deck against women. As Shannon Hayes summarizes in Radical Homemakers, “ Just as corporate America has externalized the costs of the environmental damage it causes to poorer nations left to cope with them, so too does it externalize its labor costs through its unfair treatment of female employees.” The modern workplace makes time and energy demands that are suited to men and assumes that they have a spouse at home to take care of the chores of daily life.  Income disparity, apathy for maternity, and other grievances naturally result.

Well what alternative do we have? Surely you don’t want women to give up

their hard-won place in the workforce and step back into Feminine Mystique domesticity, some kind of Martha Stewart throwback?

No. Martha Stewartism focuses on getting people to buy stuff, so it entirely misses the point. And mid-1900s domesticity was already a sad perversion of the real thing.

When the industrial revolution found its way to post colonial America, society changed quickly to meet its demands [for example] the wood-burning fireplace was replaced by the wood-burning cookstove, which was then replaced by the coal-burning stove. The coal-burning stove reduced the man’s labor to find and split firewood, but it required that he sell his product or take a job outside the home in order to have the cash to afford the fuel…Within a short period of time [traditional craft skills] became unnecessary. What a man needed to know was how to make a salable product or keep a job to pay for his family’s necessities. Thus, these were the new lessons he taught his son.

…Girls also may have gone to work in factories in their late childhood or early adulthood, often to earn wages so that a male in the family could pursue an education to enter a profession (now that wages were a necessity). But with men’s labors now permanently committed to the workplace, it was presumed that girls would eventually leave their jobs , marry, and return home to raise a family. Thus, while our culture quickly came to assume that separate spheres for men and women are an age-old tradition, it was only in the early 1800s that the idea became entrenched. (emphasis mine)

The economy learned to target women—who made purchasing decisions—with an ever-increasing array of commodities designed to make her lonely stewardship easier. Her skills traded for the new roles of consumer and chauffer, the American woman found herself in the awful grip of the Feminine Mystique.

Thankfully that problem was recognized and women made painful progress entering the workforce. Corporations took this development in stride and began offering even more products and services to meet the newly vacated household needs. Things naturally developed to the present situation in which families feel both parents need to enter the workforce just to get by.

Elizabeth Warren co-wrote a book with Amelia Tyagi in 2004 called The Two-Income Trap, and Tyagi described their thesis in an interview with the Mother Jones publication:

So we looked at the data for two-income families today earning an average income. What we found was that, while those families certainly make more money than a one-income family did a generation ago, by the time they pay for the basics—an average home, a health insurance policy, a second car to get Mom to work, child care, and taxes—that family actually has less money left over at the end of the month to show for it…

The point is that families today are spending their money no more foolishly than their parents did. And yet they’re five times more likely to go bankrupt, and three times more likely to lose their homes. Families are going broke on the basics…the kind of bills you can’t just trim around the edges in the event of a downturn.

Again it seems reasonable to ask, who is this economy serving?

Betty Friedan wrote in her 1997 introduction to the Feminine Mystique that she’s happy that women had made so many gains since she first published the book, but also expressed concern about growing wealth disparity:

[Sexual politics] masks the real threats now to women’s empowerment and men’s—the culture of corporate greed, the downsizing of jobs hitting even college-educated white males, with nearly a 20 percent loss of income in the last five years…

[It’s] troubling to learn that the closing of the earnings gender gap has come only one-third (34 percent) from increases in women’s earnings; most of it (66 percent) is accounted for by a drop in men’s earnings. And while more and more women have entered the labor force in these years, more and more men have dropped out or been forced out.

I respectfully submit that we’ve got an even bigger problem on our hands these days than gender inequity, and that true domestic skills—ranging from gardening to fixing cars to cooking—offer a way to begin taking back our relationships and easing the strain on them. I don’t think the feminist front lines should be abandoned. We should each labor where we feel compelled to serve and certainly there are still important wrongs begging to be remedied in that sphere.

But let’s not rule out true domesticity—in all its productive and creative glory, filled with seasonal flavors never touched by high-fructose corn syrup—as a legitimate lifestyle, and vital to weave back into our modern society.

And if in the future you ask me what I’m doing after graduation and I say, in all seriousness, “I’m going to buy a milk cow and some chickens,” well then at least you’ll know why. 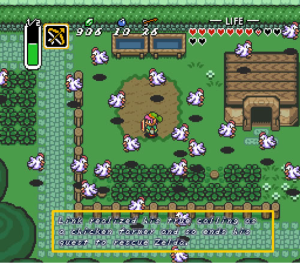 2 Responses to “hate the extractive economy, not the (domesticity) game”