tale as old as time, literally 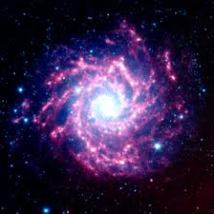 Stories that answer the question of where we came from are a time-tested way of talking about ourselves. Whether we believe in them literally, there are still truths of humanity in the archetypes represented in the myths. The creation story of Genesis is missing a female archetype, but not all creation myths leave out the mother.

In Maori legend a set of parents create the first people. Rangi, the sky father, and Papa, the earth mother existed in perpetual embrace. They had many sons, who lived in the darkness between them. After a while, the sons decided they wanted more space and pushed their parents apart, exiling Rangi to the sky, and leaving Papa, the earth mother to nurture them. The sons disperse, becoming gods over various things, and populate the earth without a single female.

Nearly all stories that include a male and female creator, the male leaves to the sky after creation and the female remains behind to watch over the earth. Mormon theology acknowledges a set of Heavenly Parents, implying that both Mother and Father are in the heavens. Beyond that, the status quo is to not talk about mother on pretense of her being fragile. In this poem, written by Linda Sillitoe, both God and Goddess are shown as powerful beings in their own right, partners in creation.

Who made the world, my child?

Father made the rain

to bring the rain home.

to keep the world new.

and breathed it strong and dancing,

and breathed it strong and dancing

the color of her hair.

He armed the thunderclouds

rolled out of heaven;

a waterfall of flowers.

And if you live long, my child,

and lightning in the snow;

listen to Mother and Father laughing,

listen to Mother and Father laughing

behind the locked door